Shila is a 20-year-old young woman who attended 12th grade at school last year. Like most other girls and women in Afghanistan, she has been forbidden to continue attending school since the Taliban took power. Shila has two brothers, the older one has finished school but cannot find a job. Her younger brother is still attending school. Her father is unemployed while her mother works as a cleaner for ALS. Her monthly salary is 3000 AFN (about 33 Euros), which is not enough to pay for household expenses and school fees.

Shila would be very happy about a sponsor who would enable her to take courses like English or mathematics at least privately. Unlike public schools, private learning institutes are already open to girls. Shila wants to learn more, banish the dark thoughts about her future and hang on to some hope. Education, especially of women, remains the key to a future in Afghanistan. Join us in helping. 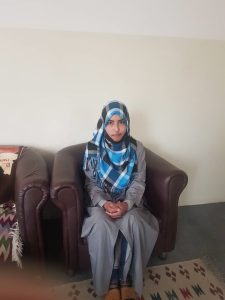