Shukrana lives with her three older sisters, one younger sister and her parents in the Nejrab district of Kapisa province. Her mother is ill and her father is old, but despite this, both have done everything in their power to ensure that the girls can go to school. Shukrana’s younger sister, Farchunda, last attended eleventh grade and was about to graduate from high school. Before the Taliban took power, her eldest sister was the only person in the family working and was able to pay household expenses and her younger sister’s school fees. The older sister, Hadia, was studying English literature in her fourth semester at university. Shukrana herself had just been accepted to the university. The sisters have no brothers and their father is too old to earn enough money to meet the family’s needs. The sister has not been allowed to work since August 2021.

Shukrana refuses to give up just like that and is preparing to study law from home. Through our distribution of food packages to needy women in Nejrab, we have come to know this family. We hope to find a sponsor who will support Shukrana and her family with fifty Euros a month for one year. 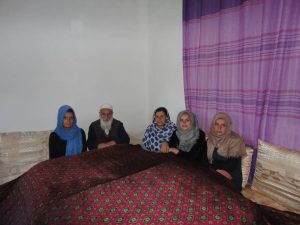 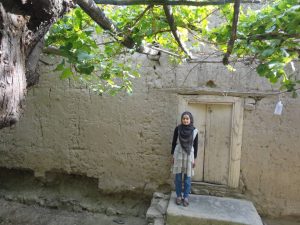 Aid Packages For Those in Need