Zharmina is 35 and without any education, 10 years ago she got married. From this marriage they had 3 children. During the first years of their marriage, the family lived with Zharmina’s in-laws in Logar province. However, there she faced a lot of suffering and violence from the in-laws. After 8 years, her husband decided to move to Kabul. Unfortunately, bad luck followed her when her husband fell victim to a bomb explosion just one year later. Zharmina had no choice but to return to her husband’s family.

As soon as she arrived there, Zharmina’s brother-in-law suggested that she should marry him, which is not unusual in Afghanistan. Zharmina refused because her brother-in-law is already 70 years old, has a wife, son-in-law and daughter-in-law himself. Zharmina says she is too young and would rather work to provide for her children. Unfortunately, her low level of education is a problem in this regard, as well as the fact that she struggles with health problems such as rheumatism and migraines. She would like to receive support for herself and her children in this way and would like to express her sincere thanks in advance. 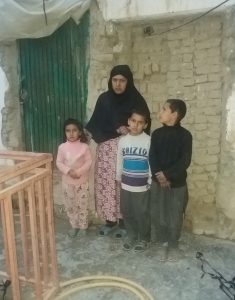 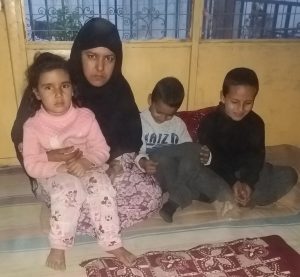